.CANCERRESEARCH is a collaborative initiative facilitated by the Australian Cancer Research Foundation. Its focus is to bring together news, information, and leading opinion on cancer treatment, prevention, diagnosis and cure. We want you to be a part of the .CANCERRESEARCH community...

Explore our home site for an idea of what .CANCERRESEARCH has to offer. 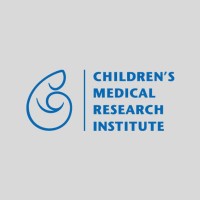 Normally, powerful genetic mechanisms control the growth of cells, acting like brakes and accelerators. The brakes are called tumour suppressor genes; the accelerators are called oncogenes. When one or more of these genes are affected by mutations in the DNA of cells, cancer can result. Back in 1979, arguably one of the cell’s most important tumour suppressor genes was discovered: the gene p53. At least half of all human cancers are now known to involve a p53 mutation.

In the years since, several important developments in the p53 story have unfolded. For the best part of three decades, it was believed that the tumour suppressive functions of p53 rely mainly on its abilities to stop the growth of pre-cancerous cells and/or promote their death. During 2011-2013, researchers at Columbia University and Stanford University, USA, and the Walter and Eliza Hall Institute in Melbourne, Australia, called this into question. Their studies showed that this view was too simplistic, and that there are a number of cellular processes by which p53 protects us from getting cancer.

Recently, scientists have come to understand that p53 does not produce just one gene product or protein, but up to 12. Some of these appear to be cancer-specific, and instead of acting as a brake, they act as an accelerator, leading to uncontrolled cell growth and more aggressive cancers. In addition, it seems these products may be involved not only in cancer, but also in chronic inflammation – a recognised risk factor in developing cancer.

Understanding all the products of the p53 gene will give researchers an expanded basis to design new anti-cancer therapies. It may even prove possible to develop agents capable of reactivating the powerful tumour suppression capabilities of the p53 gene.